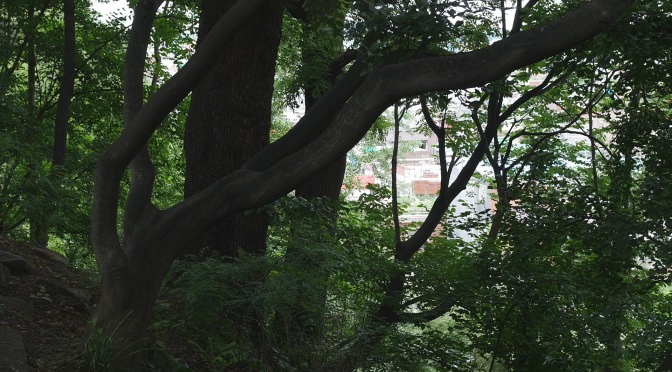 After attending the PSi #24 conference in Daegu, Korea, I had one day, or morning, to spend in Daegu before heading back to Seoul and Helsinki. Pilvi Porkola from the project How to do things with performance, with whom we made a presentation, returned home with her son a day earlier. My plan was to take a walk to Dalseong Park to see if I could find a suitable tree to sit in for a while, and I asked a colleague from the conference who stayed in the guesthouse, Megan Evans, if she would be interested in visiting the park and looking after the camera behind my back while I was sitting in the tree. And she agreed, so in relatively fresh and sunny weather we walked there and followed path around the park up on the ancient fortifications. It was actually Megan who noticed a possible tree, which I had not noticed and I immediately agreed, because most of the trees were either to old and tall or too young. At first I thought this tree might be too young as well, that is, too weak to carry my weight, but on closer examination it proved quite strong. I had my pale pink woollen scarf with me, but for some reason the yellow clothing I happened to wear seemed more appropriate for the circumstances. Megan would sit on the nearby bench, keep an eye on the camera and perhaps restart it, if for some reason it would stop unexpectedly, as it sometimes does. But this time all went well, and I sat approximately eleven minutes, listening to the birds, the traffic and the amused passersby. At the guesthouse I downloaded the images from the camera and on the train to Seoul I edited the material into a one-image video ”In Dalseong Park” (11 min), which is available on the RC: ”In Dalseong Park”. I named the video thus because I did not recognize the tree. It had some small berries, like miniature cherries, but looked otherwise unfamiliar. It would be very difficult to get its species verified, so I decided to accept that it was a stranger, albeit a rather friendly one. Here below are some stills from the beginning and  end of the naterial, where I try to get up in the tree and then to get down again. The larger image in the middle is what the actual video looks like – a bit too dark, really. The park was nice in any case.

This image, taken by Megan Evans as a still with her phone, is actually quite nicely framed: 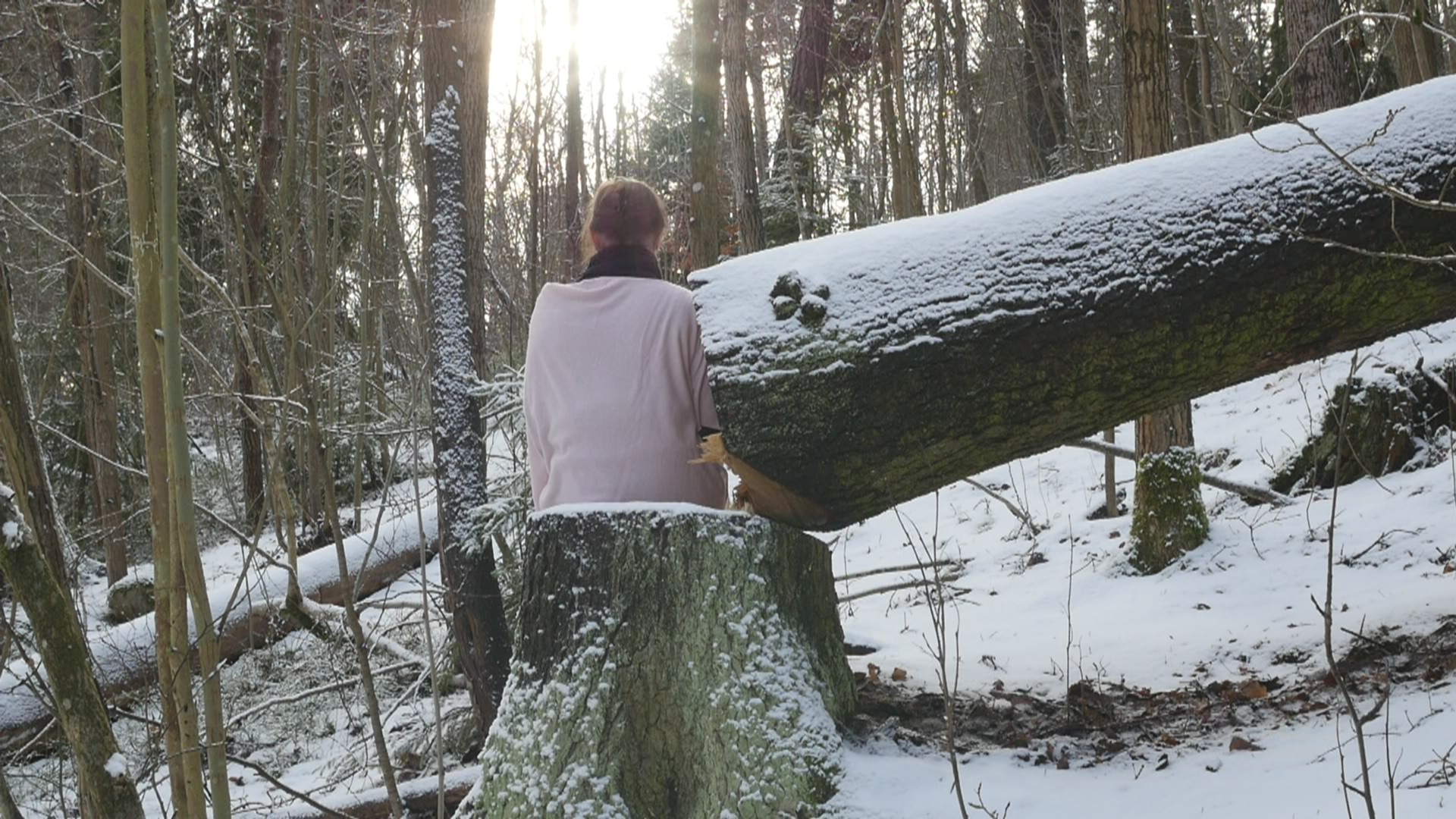 Spring energies in Stockholm home
Wood is cosy...
Resting...
Cheese is too good.