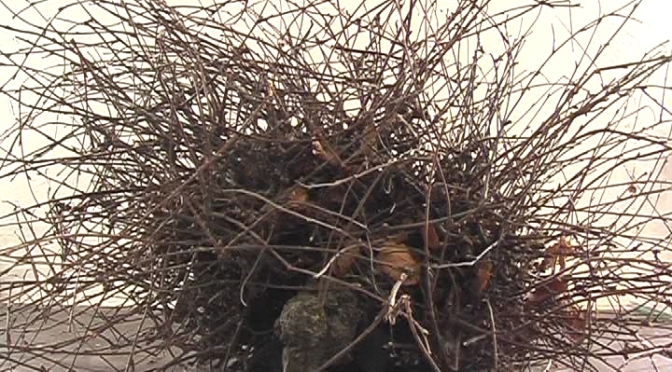 Witches’ Brooms are peculiar outgrowths caused by the fungus Taphrina Betulina that grow on some birch trees.  One such specimen I worked with on several occasions during the years 2006 to 2008, wearing it on my back as something resembling weird wings in performances for camera as well as live. At the moment I am writing an article for the new online journal Ruukku – Studies in Artistic Research about the specific materiality of this kind of entity. I was inspired to reconsider these works after reading the book Plant-thinking by Michael Marder (2013), where he analyses the way western philosophers have understood the special characteristics of plant life and proposes notions like vegetal democracy.  With all his admiration and respect for the dispersed and divisible, participatory existence of vegetation, he in a strange way  forgets the crucial role  plants play  through their photosynthesis in producing conditions for all forms of life on this planet. Plants are the real creators of our world.

The Witches’ Broom is not a plant though,  but the result of a plant disease, that resembles  and exaggerates the forms of ordinary twigs. And it does not engage in photosynthesis; even when alive, growing on a birch tree, the twigs of the outgrowth remain without leaves. Thus this entity is a form of parasite, living on the tree and of the tree, but somehow indistinguishable from it, causing a decorative deformation on it. Now, hanging on my wall, or lying on a table, as in the image,  this tussock produced by the fungus and the birch in collaboration, as it were,  has a strange materiality. I guess it is no longer alive, or perhaps it is alive in the same way as a piece of wood is.  Despite the capacity of some plants to start growing from a branch, I would not expect a birch tree growing out of that heap of twigs. But is the fungus still alive? Could it move over to another birch and start growing there?

While performing with the Witches’ Broom and fastening it on my back with rubber band, I never thought of it as a living thing, any more than I would consider a branch of a tree living, although strictly speaking it probably is alive. But in an other sense this entity had a life of its own, since it became a decorative deformation on me instead of on the birch, albeit temporarily. While performing with it I could take turns with it, sometimes carrying it on my back, sometimes leaving it on a podium alone, with small earphones spreading out. Through them you could hear a one-minute long spell or  incantation,  whispered in Finnish, Swedish and English, spoken by me, a description of the knotty lump, but somehow also as if the heap of sticks could speak for itself.

What interests me with these works is not only the specific materiality of the Witches’ Broom  combined with the materiality of digital video or recorded sound, and not merely the idea of working with an element of the landscape, a detail, a representative of the environment, but also the idea of variation as a method. I created new combinations of these elements in  performances and installations, and also made new performances for camera with the Witches’ Broom to use in new versions of the work.

But now I am writing about the work here, instead of working on the article I am supposed to be writing!  Perhaps this is enough, so I  willonly add two images, video stills, to illustrate these variations. The first one was made for the live performance in the  Amorph! festival in Helsinki 2006 and the second was made for for a durational performance at Esitystaidehalli (performance kunsthalle) in 2008. 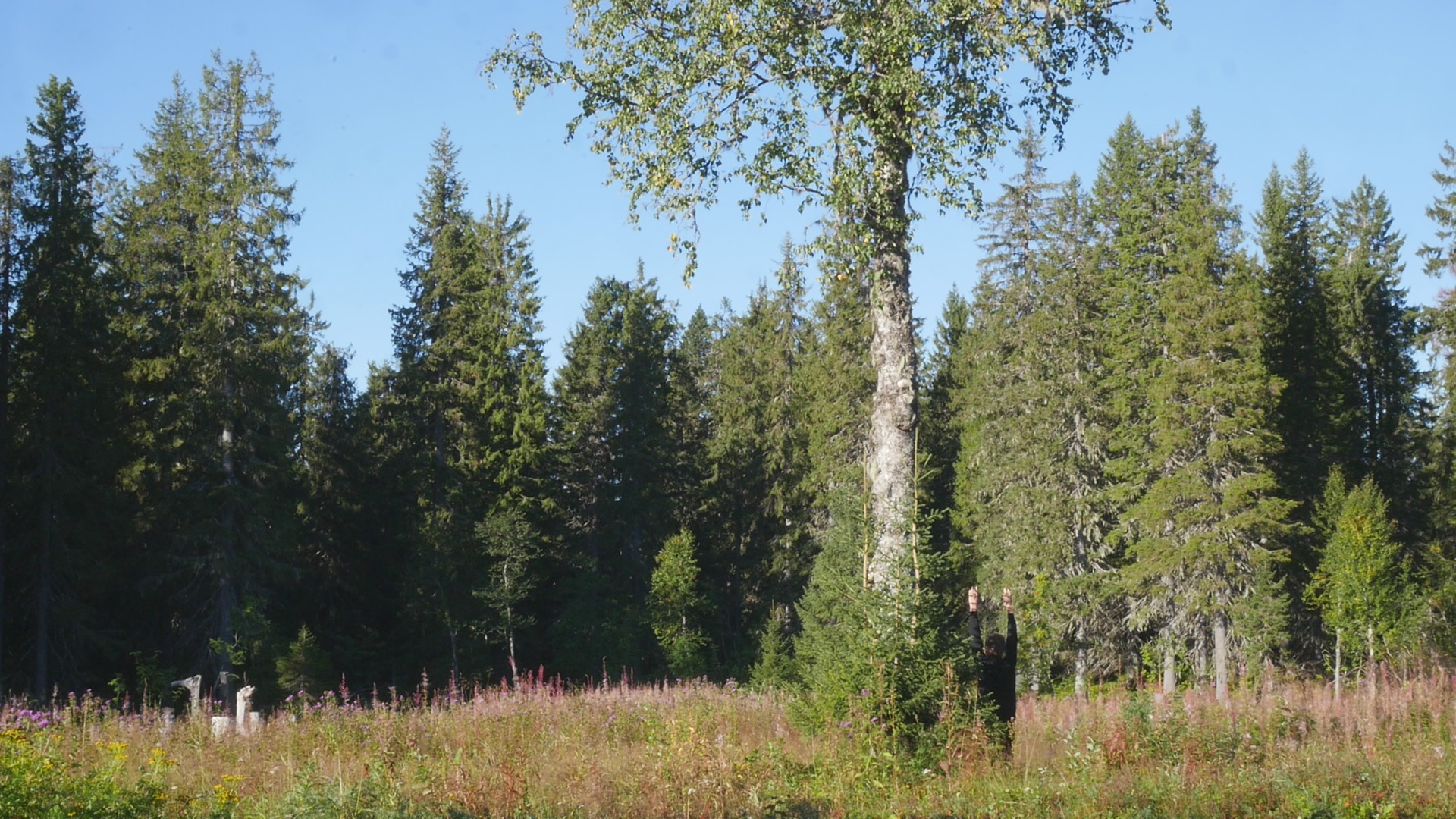